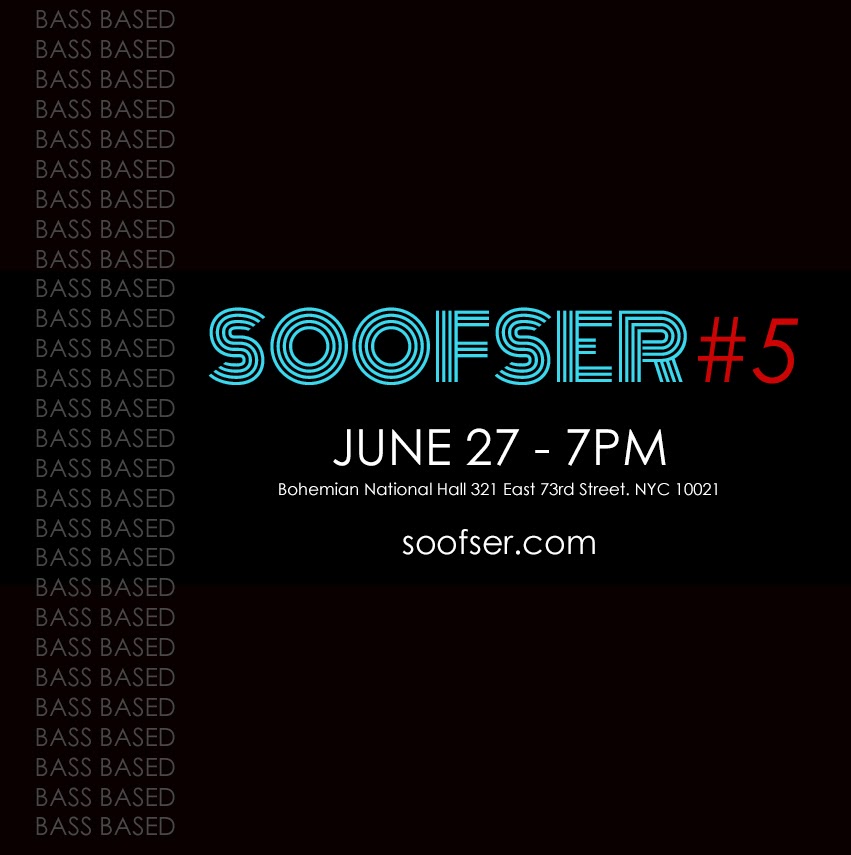 New York, NY, (June 18, 2014) – The Czech Center New York is proud to announce the season finale of the “Sounds of Serendipity” contemporary Classical music concerts on Friday June 27 at 7pm at the Bohemian National Hall. Sounds of Serendipity, an intimate and casual concert series curated by longtime New Yorker and world-class composer Peter Breiner. These free concerts, known as “Soofser” for short (Sounds of Serendipity), feature new and emerging composers and performers with a unique connection to both Peter and Czech musical culture.

Soofser was started as an expansion of Breiner’s personal house concerts at his studio loft in Manhattan. When performances and attendance started to outgrow the space available, the Czech Center offered Bohemian National Hall to host the series.

“I am immensely gratified to see this little get-together mature into something more,” Breiner said. “Since January, the attendance has been astounding. It shows there is a great appetite for contemporary classical music in New York.”

The theme of this month’s concert is “Bass Based” and will feature pieces by David Anderson, Juana Aquerreta, Petros Klampanis, Greg Bartholomew, Jay Vilnai, Moira Lo Bianco, and of course Peter Breiner.

“What is especially exciting about this month’s performers,” said Sasha Santiago, executive producer of Soofser, “is that we’ve gathered an entire evening of young musicians. In fact, many of Soofser performers are still in school, and some are just recent graduates.”

Admission is free and reservations are not required. Bohemian National Hall is located at 321 E. 73rd Street, between 1st and 2nd Ave in Manhattan. More information is at soofser.com, the Czech Center NY website, or by calling the Czech Center at 646-422-3399.